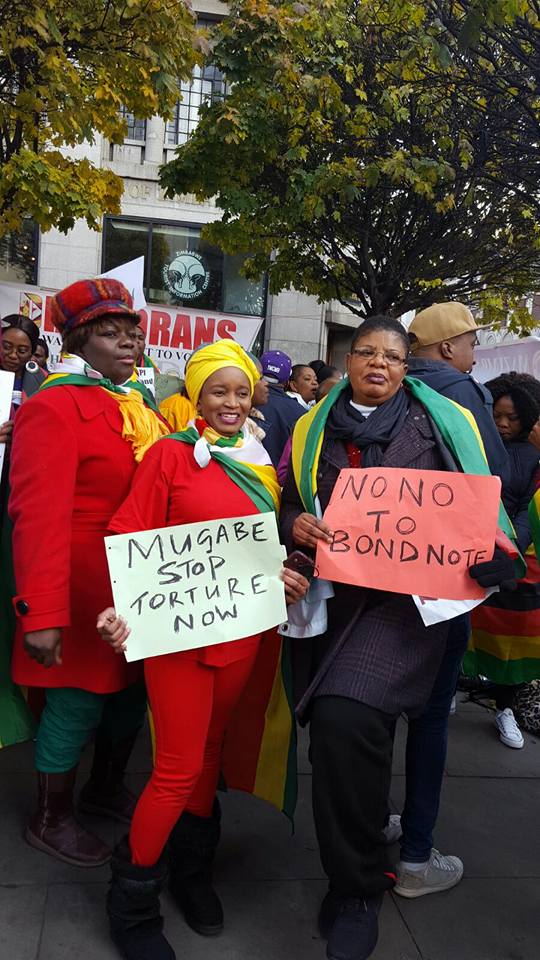 The 'Original' Vigil itself takes place outside the Zimbabwe Embassy at 429 The Strand, London. On Saturday when the Embassy is closed.

It is run by volunteers, and is for all Zimbabweans and others who are against the constant vote rigging by Robert Mugabe's Zanu PF military junta - as that's in practice what Zimbabwe is run by. A Junta. At the moment 'elements' within the Vigil volunteer organisers have taken it upon themselves to prevent certain individuals and groups from speaking at the Vigil site on a Saturday afternoon [14:00-18:00].  Therefore in order to maintain free speech and justice we have been forced to publish this alternative... until Justice comes back. And to start our own ZHRO Wednesday Vigil - in order to impede the running of the Embassy, and to allow all voices to be heard.

Those elements have been and are still exploiting Zimbabwean's and especially those trapped in the asylum process. We want to stop this injustice - which is why we set up ZHRO, with an annual subscription of just £1. Yes One pound sterling per year for those in the Asylum process. Well how else can an asylum seeker afford a subscription when they are prevented from working by the UK Government. We have also retained the services of Public Access Barristers, and a discounted rate to give the best legal opinion on their cases.

We have yet to see properly audited accounts for Epraim Tapa's version of ROHR, called ROHR Zimbabwe International, or for the Vigil collections over the last few years. Clearly mimicking a Charity, but run by unelected individuals for the claimed purpose of supporting those in Zimbabwe. However, scant evidence has been provided for this claim even though a great deal of money has been collected within the last 2 years to the Zimbabwe Vigil Account and the ROHR International Account.

Zimbabwe Vigil London Branch with events planned during the weeks as advertised on this site.

Outside the Zimbabwe Embassy and also arranging or involved with demonstrations nationally.

Soon to have a petition signing Zimbabwe Vigil in Leeds City Square, Birmingham and Manchester. see the link to Diaspora above